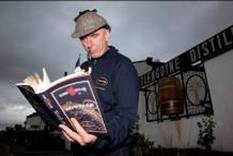 A crime scene in Alex Gray’s latest novel, A Pound of Flesh, Blythswood Square Hotel will be the backdrop for the launch of the new writing competition. Alex will be joined by various well known crime authors supporting the inaugural Bloody Scotland International Crime Writing Festival.

The competition will be open amateur writers across globe, giving entrants the chance for their work read by some of the most influential people within the crime writing industry and digitally published by BlastedHeath.

With even JK Rowling now turning her hand to crime writing, the genre has never been so popular in Scotland and the rest of the world.  UK retail sales alone for crime fiction are worth over £143 million.

Full details on the competition prizes how to enter will be announced at the launch: www.bloodyscotland.com/competition