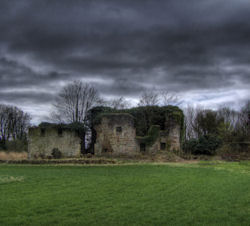 A brief history of Kennetpans

Kennetpans was formally a salt panning community formed by the monks at Kennetpans Monastery, exact dates are not known but it is believed to have been closed down during the Reformation.

Kennetpans was the largest Scottish distillery in the 1730’s, but this is all that is known at this early stage of their whisky history and the exact date of whisky making at Kennetpans is not known. Then in the 1770’s the brother of the owner of Kennetpans, James Stein bought the distillery called Kilbagie. With the family now owning two distillery, the production levels of the whisky increased and Scotland had never seen this amount of production before. They produced so much whisky that their tax bill alone was greater than the rest of the land taxes put together annual in Scotland. With the success of these distilleries they connected both of them with a cannel and even built a railway (Scotland’s first) between the Kilbagie distillery and the harbour at Kennetpans. The way the Steins family work was very impression within the whisky industry and also to the greater good of the Scottish economy and they were the forefont of the Industrial Revolution in Scotland.

Around 1780, John Stein of Kennetpans owned two of the largest distilleries in Dublin.  What a lot of people don’t know is the Jameson Irish whisky brand was introduced by the Scot John Jameson of Alloa. He become linked to the Steins and Haigs through marriage and  when he moved his family over to Ireland to become the general manager at Steins Dublin Bow Street Distillery. Over time he took full ownership of this distillery and renamed it to known as John Jameson and Son. His son years later took over the Marrowbone Lane distillery. The rest is history with the Jameson brand and is the leading Irish whiskey brand and is famous throughout the world. 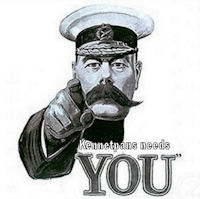 As stated before the Kennetpans trust was formed to make sure people know about the history of Kennetpans distillery and one of the reason was to restore the buildings at Kennetpans that have stood the test of time over the years (300 years), but are now in need of some serious restoration.

It is the aim of the people behind the Kennetpans trust to establish a charitable trust for the purpose of stabilising this historic site and to increase awareness of Kennetpans not just as the most important distillery but also its role in the industrialisation of Scotland. It is our intention to raise funds through various government routes and hopefully the whisky industry itself as well as donations from individuals.

Kennetpans Involvement? - We are one of the few blessed to be living at the tranquil location of Kennetpans.

Can you help the Kennetpans trust? - They require sharp eyed, methodical people with great patience to transcribe the original letters on our site as well as the many articles still to be added. If you would like to get involved please let us know. 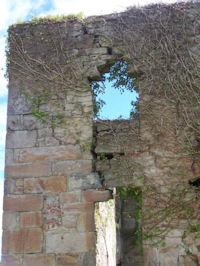 “Despite Kennetpans demise as a distillery in 1825, it is the most significant building remaining in Scotland that evolved directly from to the industrialisation of the 18th century and the vision of the Stein family. In essence, it is part of the DNA of the modern whisky industry worldwide. That it and its surroundings are so complete is remarkable in this day and age and it deserves to be preserved as a landmark to the heritage of the whisky industry and those who helped build it into the worldwide success it is today. Kennetpans is the ground zero of the whisky industry”
Neil Wilson
Whisky Historian, Writer and Publisher

"It is difficult to over-estimate the importance of Kennetpans Distillery, founded in the 1720s by the leading distiller of the 18th Century, John Stein, who might be described as 'the Father of Commercial Whisky Distilling'. The site is of great importance to the industrial archeological heritage of Scotland. Given the huge and growing interest in Scotch whisky around the world, it also has potential as a place of pilgrimage for whisky tourists and enthusiasts - the ever-growing numbers of such visitors (published by VisitScotland) speak for themselves. It would be nothing short of a tragedy if the site was left to vanish.”
Charles MacLean, W.S., M.A., LL.B., F.S.A.(Scot)
Master of the Quaich
Whisky Writer 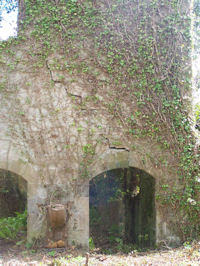 “Kennetpans was where distilling left the farmyards and became a true industry. The birth place of commercial distilling.”
Brian Townsend
Whisky Historian and Writer

“The historical significance of Kennetpans to the history of distilling, even if little appreciated, can hardly be over-stated. This is the crucible in which the modern Scotch whisky industry was formed.”
Ian Buxton
Whisky Writer
Keeper of the Quaich
Ex Group Marketing Director for Glenmorangie

“Kennetpans is an important site in the Historic development of the whisky industry, and for something to survive since 18th century and being an early forerunner in the industrial revolution of Scotland, I agree it should be saved.”
Alan Winchester
Whisky Historian
Master Distiller The Glenlivet Distilleries

To read more about the Kennetpans Distillery please go to their excellent website www.kennetpans.info (on last checking this website was no longer working). On this website you will find out everything you need to know about the trust and how you can help them. This distillery is a very important part to the history regarding Scottish and Irish whiskey.