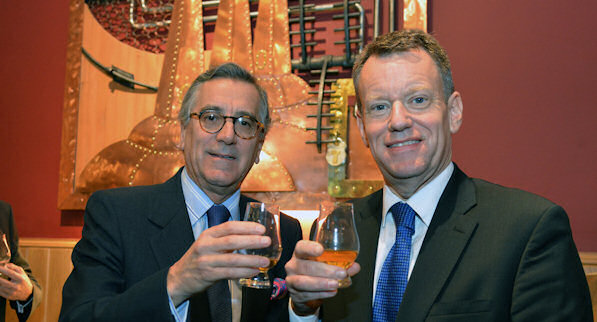 Businesses in the UK should take Scotch Whisky’s lead and recognise the advantages of trading with Latin America and, in particular, targeting its growing middle class population, an audience in Edinburgh were told last night (10 February).

The Scotch Whisky Association (SWA) and Canning House, a leading UK forum on Latin American politics, economics and business, held a conference in Edinburgh to explain the advantages of trading with this dynamic region. It was the first Canning House trade and business-focussed forum in Scotland.

Keynote speaker, HE Nestor Osorio Londoño, ambassador of Colombia to the UK, addressed the audience at the Scotch Whisky Experience, on the opportunities now and in the future. He said Colombia is working to promote exports and imports and is creating a solid base for developing trust and confidence.

He said the four countries in the Pacific Alliance trading group – Colombia, Peru, Mexico and Chile – formed a large market to facilitate the free movement of goods, services and capital in the region. He is hopeful other ‘like-minded’ countries will join the Alliance.
Speaking at the event, Rob Capurro, chief executive of Canning House, put the growth of the middle class in Latin America into context. “If you total up all of the middle class in Latin America, there are more than in India and China combined.”

Latin America is already a significant market for Scotch Whisky which proves popular among young middle class people in developing markets. Some £460 million of Scotch Whisky is exported to the region, one in every six bottles shipped overseas. Scotch now forms a third of all Scottish exports to Latin America. The SWA believes the growth of Scotch shows what other Scottish and British businesses can achieve.

Diageo industry affairs director, Peter Smith, who took part in a panel session at the event on support available for companies wanting to do business in Latin America, explained that Scotch has been traded in the region for many years and his company archive includes orders from the early 1900s. But he added that such issues as tariffs and customs duties had to be tackled, partly because they are an incentive for alcohol to be sold through unofficial channels.

Concluding the evening, Fiona Hyslop MSP, Cabinet Secretary for Culture, Europe and External Affairs, said Scotland is ready to do business and that this is a great opportunity. She described whisky as one of Scotland’s ‘greatest assets’ that, along with the country’s warm welcome, creates a unique selling point to help us forge friendships overseas.