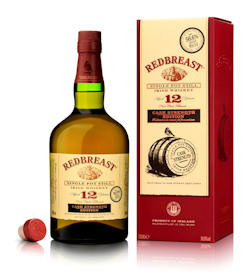 Jameson Original has been crowned ‘Irish Blend of the Year’ for the third year running in the recently-released 2014 edition of Jim Murray’s Whisky Bible.

Recognising the consistent, crafted quality and smooth taste which has made the whiskey a worldwide favourite, Murray gave Jameson Original an impressive 95/100 points, remarking that he was “blown away as usual” and that “this very special whiskey remains in truly wondrous form”.

Murray was also effusive in his praise for the new-strength Powers Gold Label 43.2%, which launched in the USA in September this year, complementing its powerful “big Irish pot still hardness” and stating that it’s balance was “all to do with the extra pot still which here acts as backbone and muscle.”

Brian Nation, Irish Distiller’s Master Distiller, commented: “We’re over the moon that so many of our whiskeys have been recognized for their high quality by Jim Murray. Plaudits like this mean a lot to all of us at the Midleton Distillery; we take great pride in ensuring the consistency and high standards that whiskey fans have come to expect from our whiskeys, so to receive this recognition from such an eminent figure in the whiskey world as Jim Murray is a great honour.”

The success in Jim Murray’s Whisky Bible follows a momentous year for Irish Distillers, which saw the company unveil a host of new initiatives - including its new Garden Stillhouse and the first-ever Irish Whiskey Academy - as it aims to continue the Irish whiskey category’s consistently strong growth. 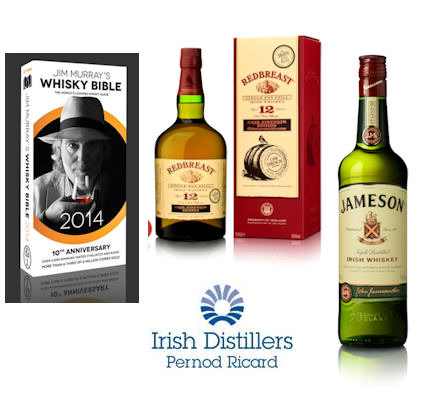