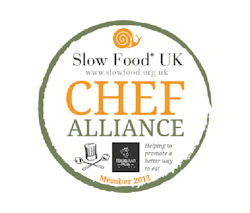 To kick off Slow Food UK Week (18 – 24 June) in style, following on from the successful launch of the Slow Food UK Chef Alliance in partnership with Highland Park, the award winning single malt whisky has announced that over 50 of the UK’s top chefs have signed up to the Alliance.

Following the London launch hosted by Richard Corrigan at his Mayfair restaurant* and the Scottish launch at Oloroso**, Highland Park has continued to drive the Alliance forward with Yorkshire, and West Country & Wales Chef Alliance launches taking place over the past few months, and a Midlands launch set for late June with Sat Bains.

This has maintained momentum behind the dynamic scheme, resulting in so many of the UK’s culinary masters actively supporting the aims of Slow Food UK, by championing sustainably sourced quality produce. 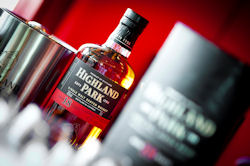 Peter Sandstrom, Marketing Director for Highland Park commented:  “Our partnership with Slow Food UK has gone from strength to strength and we are thrilled that more than 50 of the UK’s best chefs are now members of the Slow Food UK Chef Alliance. This is a significant milestone, one which we hope that we will be able to build on over the coming months. By reaching out to more and more chefs up and down the country, this will allow us to promote our passion for flavour and craftsmanship, which is at the very heart of Highland Park.”

“With the Chef’s Alliance we hope to engage Britain’s chefs in actively supporting the aims of Slow Food UK, by championing small scale producers and sustainably sourced quality produce. We are delighted to be working on this exciting project with a partner such as Highland Park, whose production values are so close to the Slow Food ethos.” Catherine Gazzoli, Slow Food UK’s CEO commented.

To find out more about the Slow Food Chef Alliance in partnership with Highland Park Single Malt Whisky go to http://www.slowfood.org.uk/chef-alliance/

List of chefs who have signed up to the Slow Food Chef Alliance in partnership with Highland Park Single Malt Whisky: