Talisker unveils the second release from the Bodega series, a 41-year-old aged in Manzanilla sherry casks 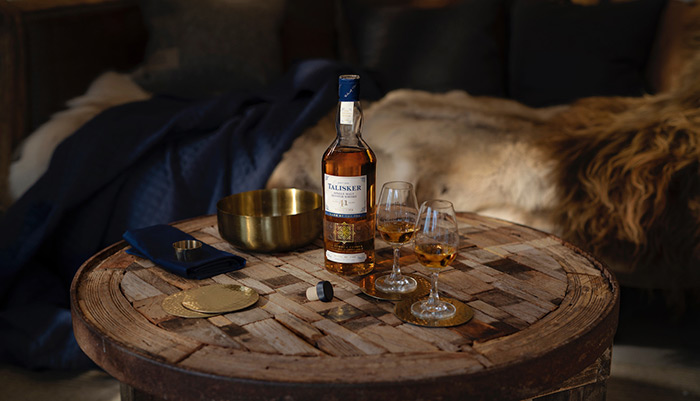 From August, Talisker will unveil the second release of only 2,000 bottles from the Talisker Bodega Series and the oldest official Single Malt, to date, from Skye's oldest distillery: a 41-year-old 1978 Vintage. Available at selected luxury retailers globally from August 2019 onwards, the Talisker 41-Year-Old is retailing at RRSP of £2,900 per 70cl bottle. Bottled at 50.7% ABV.

The Talisker Bodega Series is an exploration of sherry cask finishes on the finest of Talisker Single Malt Whiskies. The second in the trilogy, the 41-year-old has been expertly finished in Manzanilla Sherry casks from Delgado Zuleta, the oldest Sherry producer in the famed Sherry Triangle. Located in the Marco de Jerez region, next to the coastal town of Sanlúcar de Barrameda, it is where Talisker distillery revealed a trading connection that dates to 1900.

The result is a remarkable rich whisky, the nose carries the sweet fruitiness of sultanas and orange peel framed by sandalwood, with a tang of salty sea air and smoky raw sugar. The taste offers a fine balance between sweetness and smoke. The finish is generously warming and sustained, with a drying, softly smoky conclusion, an extraordinary 41-year-old liquid retainingthe unmistakeable character of Talisker.

Much like the 40-year-old first release in the Talisker Bodega series, the exquisite golden spirit lies in a hand crafted bottle that comes housed in a special Sherry-oak casing to evoke many stages of the whisky's history and journey.

Charlie MacLean, Whisky Writer said, “This is a magnificent example of Talisker, which initially holds back on the nose, but blossoms with spice in the mouth. It is a privilege to be able to taste such a memorable dram.”

<< Read more about the Talisker Distillery