Presented in a striking black and gold gift carton, the 11 Year Old single malt Scotch whisky showcases warming flavours of cinnamon and nutmeg and subtly spicy notes, perfect for enjoying over Christmas and the festive period.

When the Glen Scotia distillery was opened in 1832, Campbeltown was known to Victorians as the 'Whisky Capital of the World' and was home to more than 30 distilleries. Many of the Christmas traditions we now enjoy today first originated in the Victorian era, from Christmas trees to gifts, making the Glen Scotia Sherry Double Cask Finish a very fitting Christmas gift for whisky fans across the world.

Using a series of unpeated distillations from 2008, this wonderfully enticing single malt was matured in first-fill bourbon barrels before being finished in a combination of hand-selected Pedro Ximenez and Oloroso hogshead sherry casks for a further ten months, imparting a distinct, sweet flavour. The whisky was then married back together in bourbon casks before bottling at cask strength.

On the nose the Glen Scotia Sherry Double Cask Finish delivers aromas of spiced rum, toffee and juicy plums, along with a rich, velvety mouthfeel.

On the palate, the liquid offers sweet vanilla, raisin and warming cloves, before mellowing into a long, nutty and dry finish.

Glen Scotia is a whisky made by history, reflecting the centuries of craftsmanship and experience associated with the fifth and smallest malt producing region. The Glen Scotia Sherry Double Cask Finish plays homage to Glen Scotia's heritage, dating back to 1832 and steeped in Victorian values.

Master distiller, Iain McAlister, said: "I'm very proud of The Glen Scotia Sherry Double Cask. This is the first single malt that we've produced that uses a combination of two sherry casks, and the results are stunning. This limited edition single malt really showcases our signature Glen Scotia style, and paired with casks that were readily available in the town during the Victorian era truly makes it a whisky made by history.

"The combination of the sherry and bourbon casks create a delicious, warming flavour that evokes all the traditional scents and tastes of Christmas, making it the perfect dram to enjoy with friends during the festive season, or a lovely gift for someone special."

Priced at £65 and available to purchase from specialist and online whisky retailers, including The Whisky Shop from October, the Glen Scotia Sherry Double Cask Finish has an ABV of 54.1%.

The Glen Scotia Sherry Double Cask Finish will be available to purchase at www.thewhiskyshop.com. 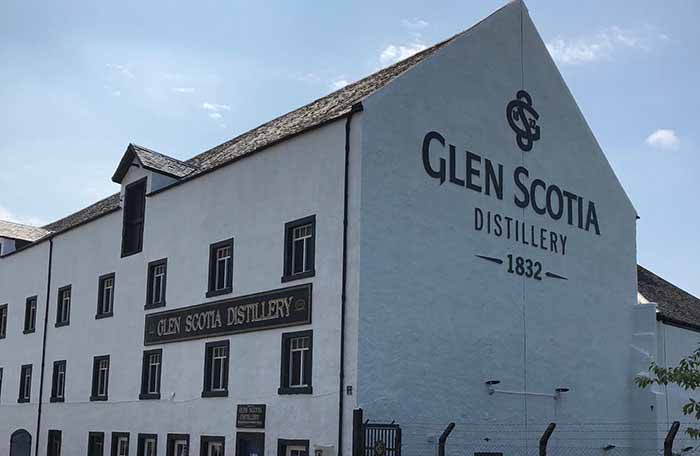