Cu Bocan Highland Single Malt has been awarded with "Best Whisky" at the prestigious Highlands and Islands Food and Drink Awards, now in its 17th year. Following a successful re-brand in 2019, the brand has grown from strength to strength. 2021 saw a fantastic period of recovery following on from the pandemic and that success has continued into 2022.

The award-winning experimental Highland Single Malt is distilled every winter at Tomatin Distillery in limited batches and made with lightly peated Scottish barley for its signature wisp of smoke. In late 2005, after Tomatin had achieved its annual production quota, the Distillery Manager at the time brought in a load of lightly peated barley allowing the distillery to produce its own peated spirit for the last week of the year.

This production coincided with incredibly low water temperatures and resulted in a slightly oilier mouthfeel in the new make spirit. Recognising the quality of this spirit, the distillery continued to produce Cu Bocan in small batches every winter since 2005.

Sustainable practices such as reducing greenhouse gas emissions and increasing the use of non-fossil fuels are the cornerstones of the Tomatin Distillery and Scotch Whisky Industry's efforts to make manufacturing more sustainable and support a low carbon economy. Earlier this year Tomatin Distillery invested in a partnership with Highland Tourism, promoting sustainable tourism in the Highlands. Tomatin Distillery is working with fellow members of the Scotch Whisky Association towards achieving the ambitious target, for the industry, of being carbon net zero by 2045 as well as supporting the responsibility to the local community by protecting the local environment.

"The accolade of "Best Whisky" proves that our commitment to quality, taste and sustainability has been recognised and we're delighted with the win. We have exciting plans for the future and we look forward to opening up the world of lightly peated whisky with Cu Bocan single malt." Julia Mackillop, Senior Brand Manager.

Each Cu Bocan Single Malt offers an exploration in the subtleties of smoke, the character of the casks and the mastery of maturation. The range is always non-chill filtered and natural in colour. Cu Bocan Single malt is available online and in specialist retailers worldwide. 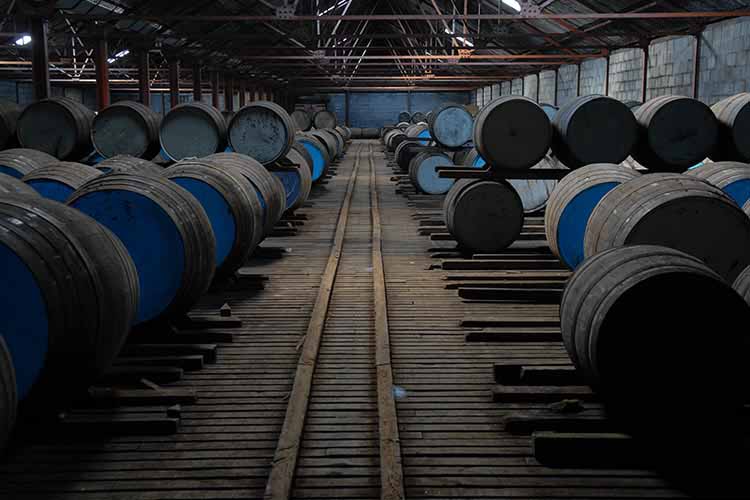