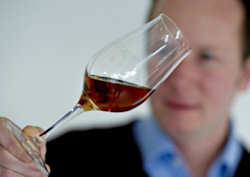 NEW single malts produced from one of the remotest parts of Scotland will be on the market next year after a £5 million state-of-the-art distillery was given the green light.

Highland councillors visited the hamlet of Glenbeg on the Ardnamurchan peninsula yesterday before voting unanimously in favour of the development.

The owners of Adelphi Distillery were last night delighted with the decision, which came after objectors said it would industrialise one of the remotest and cleanest parts of Scotland.

The project, which includes a visitor centre, will create the first distillery in the country with self-sustaining energy requirements through wood-burning boilers and hydro systems.

Keith Falconer, Adelphi Distillery chairman, said: “We want to take the name of Ardnamurchan to markets all over the world.”

He said ten jobs would be created at the distillery, with most being sought locally.