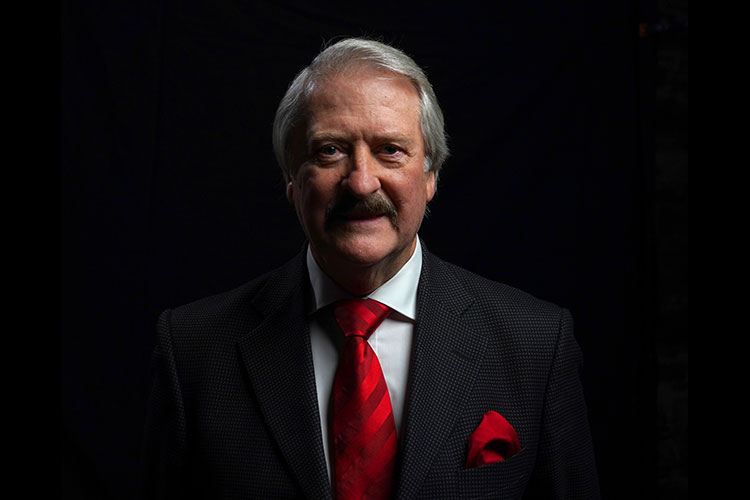 Wolfcraig Distillery has appointed Richard Paterson as its Master Blender, alongside his continuing commitments with Whyte & Mackay with whom he recently celebrated his 50th anniversary.

Following in the footsteps of his father and grandfather, Richard is a third-generation Master Blender and is rightly regarded as one of the greatest whisky makers of his generation. Nicknamed "the nose" for his olfactory skills he is a giant of the Scotch Whisky industry.

Inspiring, passionate and sometimes unconventional, Richard's tenacity in pushing boundaries has driven him to develop some of the world's most collectable and valuable Single Malts.

There are few in the Scotch industry past or present who can equal Richard's knowledge and experience having been garlanded with a plethora of distinguished awards from across the Scotch Industry including the Icon of Whisky Lifetime Achievement, Winner of the 'Spirit of Scotland' Trophy and his induction into the Whisky Magazine Hall of Fame.

It is Richard's continued passion for Scotch Whisky which drew him to the Wolfcraig project, and to play a leading role in the foundation of a new distillery, in the heart of Scotland.

Richard Paterson, said: "This will be an opportunity for me to use all the knowledge I have learned over 55 years in the business to create a truly exceptional Highland Single Malt, one that can be enjoyed the world over."

Michael Lunn of Wolfcraig, said: "We are honoured and proud to welcome Richard as Wolfcraig's Master Blender. Together with our already formidable team his knowledge, commitment and long-term vision will help establish the Wolfcraig brand both at home and internationally."

The Wolfcraig Distillery project recently submitted an application for a new whisky experience near Stirling that will incorporate the distillery, an interactive, education-focused family visitor attraction, private tasting room and 180-cover bistro restaurant and bar.

The distillery will have the capacity to produce up to 1.5 million litres of spirit per year and will focus on producing premium Wolfcraig Highland Single Malt Scotch Whisky in addition to a range of other associated spirits.