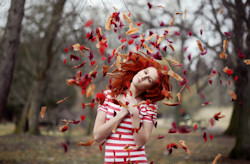 After attracting almost 1,000 entries, over 2,500 images and 2,625 votes, luxury single malt whisky, The Macallan has announced the winner of its Masters of Photography ‘The Last Word’ competition as Martin Faltejsek, from the Czech Republic, for his image entitled, Personality.

The global competition was launched in celebration of The Macallan’s third Masters of Photography Series, collaboration with the world’s most famous photographer, Annie Leibovitz.

Celebrating Annie Leibovitz’s world famous portraits, photography aficionados were invited to upload a portrait they have taken with one word - ‘The Last Word’ - capturing the mood of their photograph. The theme ‘The Last Word’ reflects The Macallan’s standing as the last word in luxury; the ultimate Scotch for the most memorable drinking occasion. 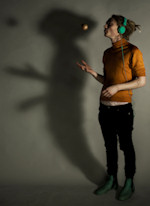 The judges said of the winner and the competition entries;

“The competition was very difficult to judge. The variety of subject matter and approach of the photographers provided the three selectors with an interesting but challenging task. A combination of great ideas and sound technique resulted in an excellent set of pictures. The competition was so fierce that many, quite outstanding images just failed to make the top ten positions. The winners should, quite rightly, be delighted that their work has been recognised”. 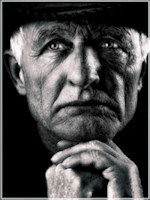 “The spontaneous yet controlled nature of [the winning] shot is very appealing. The setting and colour harmony works well to create a visually stimulating and thought provoking image.”

Martin’s photograph wins him and a friend two nights stay in Edinburgh before being taken to the home of The Macallan, Easter Elchies House, situated on the banks of the Spey. Here Martin will be treated to a full distillery tour and photography themed visit, sampling a selection of The Macallan's finest whiskies.  In addition, he will also receive a Fujifilm X-Pro1 camera.

The winners of the The Macallan Photography Masterclass:

The Story: Personality
“Embrace your imperfections, they make you who you are". I profoundly stand for this. In this photo I wanted to show human/our defencelessness and how vulnerable we are. Human personality is something really strange, weird, easy-to-hurt and suggestible. I simply do not get mean people.

The story: GENIE
Is that the singer of that band? Or is it "Your wish is my command?.." * Ivar, the leading singer of a Swedish band

The story: Life
When you are young, you run and hustle, you dare, you get wounded and you do it again and again. If you are wise enough, you learn from your errors and will do better from day to day. Life gives this experience but is a costly thing - gives you scars and wrinkles to your face.

Entrants to the competition shared their work through Twitter, Facebook and google+, with The Macallan choosing their favourite weekly pictures to appear on a dedicated Pinterest board.  Each week one portrait was chosen as ‘The Last Word of the week’ and became The Macallan’s Facebook cover picture for the following week with monthly prizes awarded by votes cast on Pinterest.

This is the second year that The Macallan has run a photography Masterclass celebrating its Masters of Photography Series.   The Series features exclusive collaborations, conjoining the art of whisky making with the artist’s interpretation of the world of The Macallan.  This year, Annie Leibovitz has interpreted the four single cask variants released for the first time and created four powerful images, featuring Scottish actor Kevin McKidd as her leading man.  Leibovitz captures the brilliance of a moment where everything comes together, showcasing the stature of whisky as an icon of taste and masculinity and confirming The Macallan as ‘The Last Word’ in luxury.