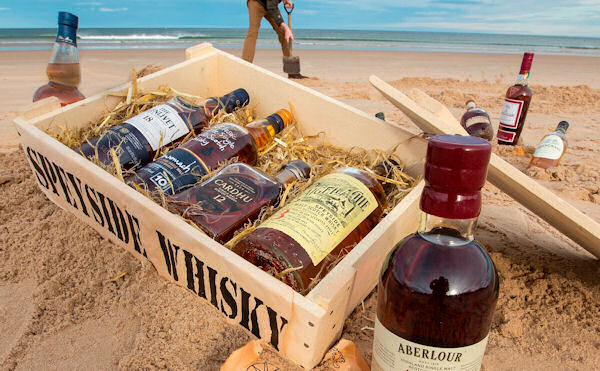 A record number of American whisky lovers flocked to this year’s Spirit of Speyside Whisky Festival, with people from the United States outnumbering other international visitors for the first time in the event’s history.

An independent report also shows visitors to the popular annual festival – held in the spiritual home of Scotland’s malt whisky industry each May Bank Holiday weekend and recognised as being one of the leading events of its kind in the world – stayed for a longer period of time in the local area than in previous years.

The report highlights that the number of people staying for all five nights of the festival increased by 32% compared to 2014, while overnight visitors increased to 79% - a rise of 9% on last year’s figures.

Details of the report have been released as Festival organisers start to ramp up their plans for the 2016 edition, which takes place from April 28 to May 2. Tickets do not go on sale until early next year, but organisers say that many local accommodation providers expect to be very busy again.

James Campbell, chairman of the Spirit of Speyside Whisky Festival, says, “While we are delighted to continue to attract visitors from all around the world to Speyside, we are particularly pleased to see the Festival becoming such a draw for the USA, highlighting the event’s growing appeal among a global audience.

“The USA has become a key market for us and the fact that so many people are willing to travel such great distances to experience our unique offering speaks volumes for the hard work put in by everyone involved with the Festival.  The region is already on the map because of its whisky; now we are spreading the word across the globe that Speyside offers visitors the warmest of welcomes and a first-class experience.

“The findings of the economic impact assessment make for positive reading and are a great credit to our partners, businesses and communities in Speyside. The Spirit of Speyside Whisky Festival is increasingly being recognised as one of the best events of its kind anywhere in the world and the feedback we have received from so many visitors has been overwhelming, with a large percentage already planning their return trip for 2016.”

The Spirit of Speyside Whisky Festival has been running for almost two decades and has grown over the years to include a huge number of partners and event providers. Visitors can choose from a packed programme of events encompassing everything from whisky tasting and distillery tours, food events, music, comedy and cultural heritage.

The independent economic impact assessment, conducted by Bellerby Economics, also found that visitors’ overall experience of visiting the event was rated 89% for very good, and 11% for good. The positivity rating given to the area’s bars, other entertainment and shopping had risen to 97% this year from just over 80% in 2012, with accommodation and restaurants also scoring highly.

Over 400 events were held this year in venues across Speyside, attracting 26,389 people from a record 34 different countries. International visitors represented 49% of all festival attendees with people travelling from European countries including Germany, Sweden and the Netherlands and even from as far afield as Australia, Brazil, Mexico, South Korea, Kazakhstan, and Qatar.

The overall amount spent locally on Speyside during the 2015 festival was calculated at £1.36m, and for Scotland as a whole the amount was £1.58m. The separate industry standard measurement of the Gross Value Added (GVA) – which calculates the knock-on impact of the visitor spend in the weeks and months following the Festival - amounted to £0.64 million for Speyside and £0.85 million Scotland wide.

Malcolm Roughead, VisitScotland Chief Executive, says, “Whisky is one of Scotland’s most valuable commodities and The Spirit of Speyside Whisky Festival is a must for anyone looking to experience an authentic Scottish dram. To hear that the Festival has widened its international appeal and visitors are staying for longer is fantastic news and testament to the hard work and dedication of organisers in creating an unmissable and entertaining event programme. A rise in visitors from Scotland’s most important overseas market, America, is hugely welcome and fits perfectly with tourism trends we are seeing across the entire country.

“Food and drink tourism contributes tens of millions of pounds to the local economy, creates jobs and sustains communities. The Year of Food and Drink has helped put Scotland’s famous culinary delights on the map and events, like the Spirit of Speyside, have been a key part of that. I’m sure that as we move towards next year and beyond, the legacy of 2015 and the success of this year’s Festival will inspire even more visitors to come and sample our national tipple.”

In August, the Spirit of Speyside Whisky Festival was selected as one of the top 12 Best Drinking Festivals in the World by US-based entertainments website, The Richest (http://bit.ly/1VRhLxv)

The 2016 Spirit of Speyside Whisky Festival - and its traditional musical arm the Spirit of Speyside Sessions - takes place from April 28 to May 2. For further information about the event visit www.spiritofspeyside.com with tickets on sale from January 2015.  The Festival is also active on social media – facebook.com/WhiskyFestival and @spirit_speyside on Twitter.