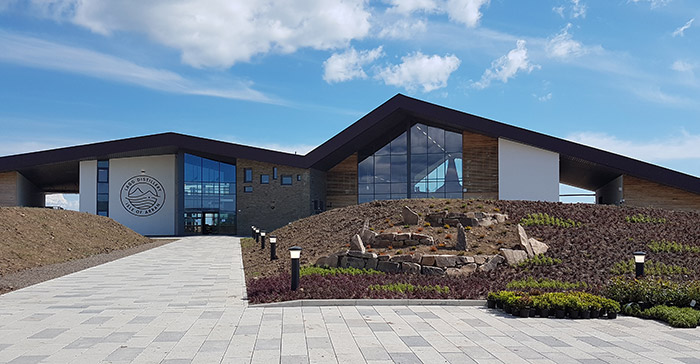 Lagg Distillery, the second on the Isle of Arran, has officially opened its doors to the general public and is now welcoming visitors to the brand new site.

Becoming one of Scotland’s newest single malt whisky distilleries, Lagg has opened its state-of-the-art building, which focuses on the visitor experience throughout, and has also begun whisky production.

Its spanning visitor centre includes a shop, an interactive video showcasing Arran’s whisky history as well as a café and restaurant which will provide food and drink with ingredients sourced from the exceptional range of local produce. 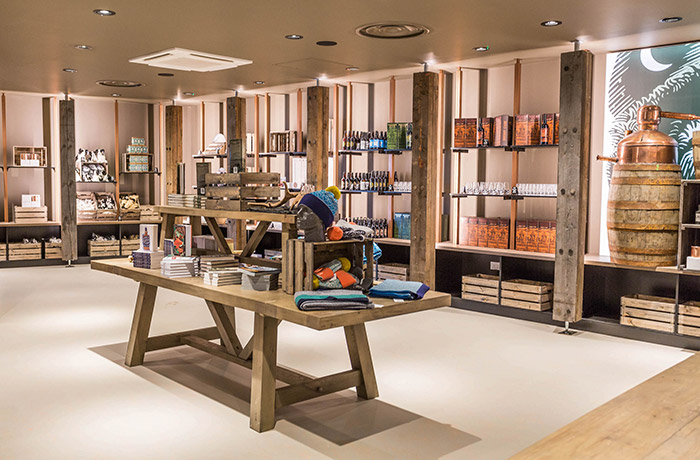 The facilities contain two new copper stills and four wooden washbacks within the same room, allowing visitors the opportunity to be guided through every stage of the whisky journey.

The site brings whisky making back its traditional heartland on the South of the Isle of Arran, sitting on the most Southern point of the island, boasting stunning views from Ailsa Craig across to Campbeltown.

Throughout the visitor experience Arran’s unique place in the story of the nation’s favourite spirit is explored, with frequent references to past distillation in the South of the island, both legal and illicit.

Isle of Arran Distillers initially announced the project plans in 2016 to deal with ever-increasing visitor numbers to the island and continuing growth in whisky tourism throughout Scotland. Construction at the distillery subsequently began in February 2017.

Lagg is the first new distillery on the island since the opening of Isle of Arran Distillers’ original site in Lochranza, which opened in 1995. It is expected that the total visitor numbers to both sites will increase to over 200,000 by 2020. 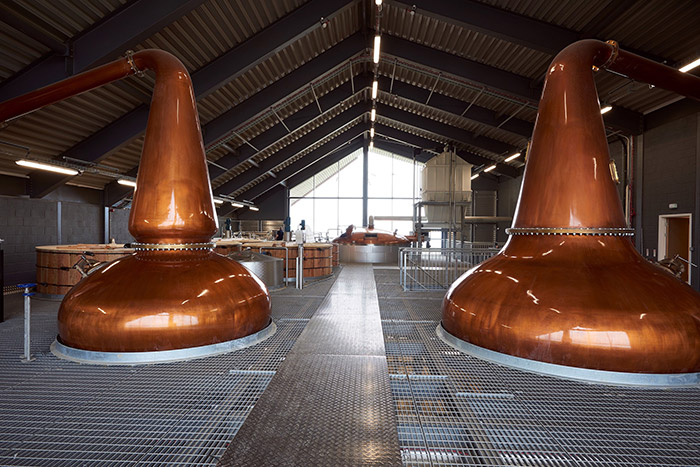 The independently owned distillers’ commitment to local people and businesses will be continue to be upheld at the new site, with 22 members of staff employed across both the visitor centre and the production facilities, all of which are island based.

Whisky production at Lagg commenced earlier this year, as the first middle cut of spirit was recorded on Tuesday 19th March 2019. This spirit is expected to mature into a rich, smoky, heavily-peated (50ppm) Lagg Single Malt which will be very different in character to what the distillers currently produce at their original distillery in Lochranza.

Production will be overseen by Distillery Manager, Graham Omand, an Islay native who has spent the past eight years at the Lochranza distillery, and Master Distiller James MacTaggart, who has over 40 years of experience in the industry.

Omand, Distillery Manager at Lagg Distillery, said: “We’re all thrilled to be celebrating the opening of our spectacular new Lagg Distillery and to bring production back to the heart of whisky-making on the Isle of Arran.”

“It’s an outstanding achievement from everybody that was involved in the process and something that people on the island and beyond can be very proud of.”

“The whole team here is passionate about bringing Arran’s fascinating whisky story to life and to give it the recognition that it deserves. We can’t wait to start writing the next chapter of this story and welcoming whisky-lovers from around the world to Lagg.”

The first cask of what will become Lagg Single Malt, ‘Cask Number One’, has been reserved for members of the Lagg Cask Society, formed of individuals who have purchased casks of Lagg spirit.

Over half of the 700 first fill casks available for purchase from the distillery have already been sold. However whisky lovers can still be part of the exciting story of the Lagg Distillery, by purchasing one of the remaining casks for sale, and becoming members of the Lagg Cask Society. For more information, visit www.laggwhisky.com

<< Read more about the Lagg Distillery