Enbotellarte - A (Something) Special Campaign

Following the success of Enbotellarte - the competition that invites leading artists across Latin America to create extraordinary works of art inspired by the iconic Something Special bottle - I am delighted that we have now entered the digital art arena.

With the internet transforming into a barrier-free exhibition hall for the global art scene, this latest campaign has embraced the digital medium perfectly.

Since Enbotellarte's launch over a decade ago, the quality of work seems to get better and better, and this year the artists have raised the bar yet again.

The last of a series of events held in Venezuela's capital this May marked the finale for this year. And so as Enbotellarte closes for another year, I look forward to the continued success of Something Special's Enbotellarte campaign in a digital world.

What is Enbotellarte?
Enbotellarte is an exciting initiative, dedicated to the creation and exhibition
of artworks inspired by the unique Something Special diamond-shaped bottle. The iconic bottle has always been recognised as a work of art in itself, since its creation by a renowned 18th century Edinburgh diamond cutter.

Enbotellarte in a Digital world - A decade in the making
Just before the turn of the millennium, the Something Special team was looking for a niche that would create brand stand-out within the Uruguayan marketplace.

The first-ever Enbotellarte was staged in Uruguay in 2000, and the result was an eclectic mix of fabulously flamboyant pieces created through painting, drawing, photography and sculpture.

Brand owners Chivas Brothers rolled out the campaign in Peru and Ecuador, and in 2006 a further six markets were successfully introduced to the campaign.

Now 10 years in the making, Enbotellarte has entered the digital age. During last year’s contest, artists could choose from the following categories: Short Film, Short Animation or Computer-generated Digital Illustration and Photography.

The Judging Panel
Hundreds of entries were received and a panel of experts had the difficult task of selecting just 15 winning artworks. The Enbotellarte Digital competition judging panel included: 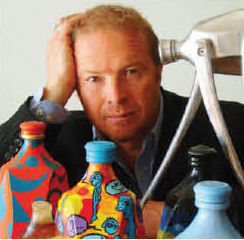 Q: How did the quality and quantity of the entries compare to previous years?

A: Unlike previous years, last year was held as an open contest where any Latin American resident over 18 years of age could participate. The open competition format helped to involve more artists – we reached a much broader audience and as a result, received a plethora of submissions from a much wider spectrum of creative backgrounds.

Q: If you were to enter an illustration yourself, what theme would you choose and why?
A: Oh boy, that’s a tough one! I am not sure... I think that I would have to begin by staring at the bottle, perhaps pour myself a Something Special on the rocks, and then let the bottle talk to me. Most of my art is based on human situations or moods, so I would say that it really depends on the mood that I am in at the starting moment.

Q: Who is your favourite South American artist and why?
A: This is another hard one, as there are many artists that I really like. Joaquin Torres Garcia is one of them and Rita Fischer is a young Uruguayan artist who now lives in France – now her work really captivates me, she participated in the first-ever Enbotellarte contest. Her paintings on layers of translucent silk give you the impression of real three-dimensional paintings.

Q: How many bottles of Something Special were consumed throughout the Enbotellarte events last year?
A: I would say about an average of 100 bottles per event, perhaps more in places like Lima and San Jose.

Q: Can you reveal any details about plans for the next Enbotellarte campaign?
A: Many ideas are being bounced around the room at the moment, and with several markets participating, each with a special interest, we have lots of exciting concepts in the pipeline. We believe that we will continue with a digital contest format but plan to focus on a theme that will capture the interest of all of Latin America.

Roadshow Overview
The Enbotellarte 2009 exhibition visited five of the markets in South and Latin America. Each venue was unique but they all shared one common theme – each event was very exclusive and contained a high-profile crowd of artists, art dealers and collectors, as well as local celebrities and media. As you would expect, themed Something Special cocktails were served during and after each event.
QUITO, Ecuador
Date: 16 September 2009
Venue: Trendy hot-spot La Boca del Lobo
Attendance: 200
Details: Among the guests was the First prize winner from Ecuador.
Framed plasma TVs gave the digital entries a traditional artwork impression.

BOGOTA, Colombia
Date: 23 September 2009
Venue: ¼ de Arte in the T-Zone district
Attendance: 100
Details: Held at one of Bogota’s leading art galleries.
Among the guests was the Second prize winner from Colombia.

CARACAS, Venezuela
Date: 10 May 2010
Venue: Lounge bar known for cultural events; Trasnocho Cultural
Attendance: 250
Details: Given the proximity to the Football World Cup, 15 local artists rendered a tribute to the game – the themed exhibition was combined with Enbotellarte.

Success Snapshot
With the previous format of Enbotellarte, 36 artists participated in each event. Although last year only 15 artists were selected to participate in the show, several hundred participated by submitting their art pieces.

A much broader audience was reached since we held both a launch event and a winners’ art opening event in each market. Enbotellarte achieved an astounding PR value of over $170,000 worth of media coverage across South America. 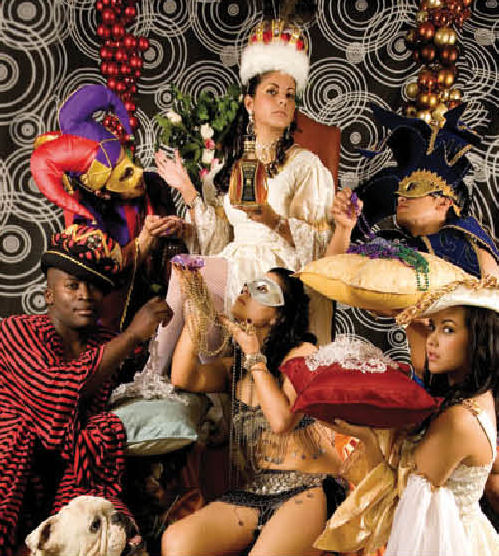 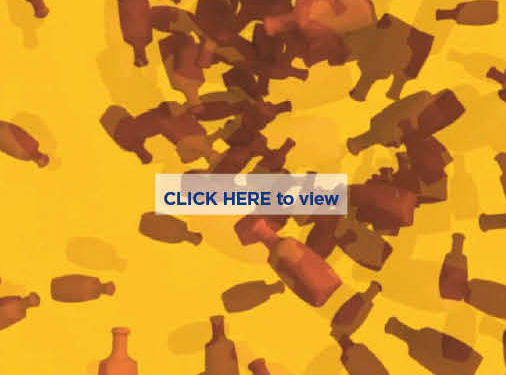 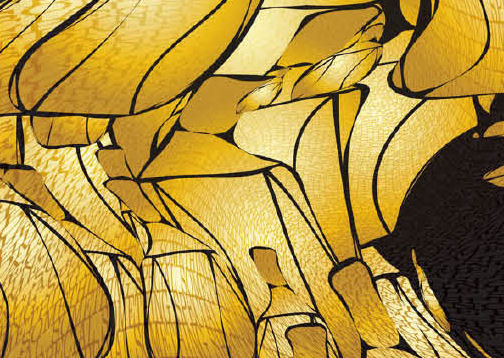 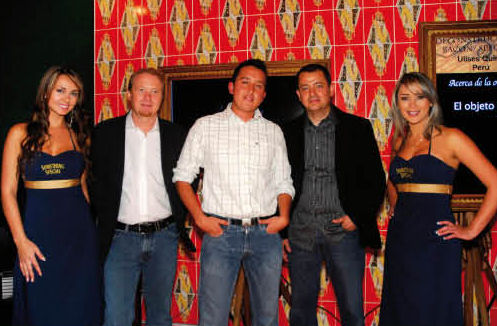 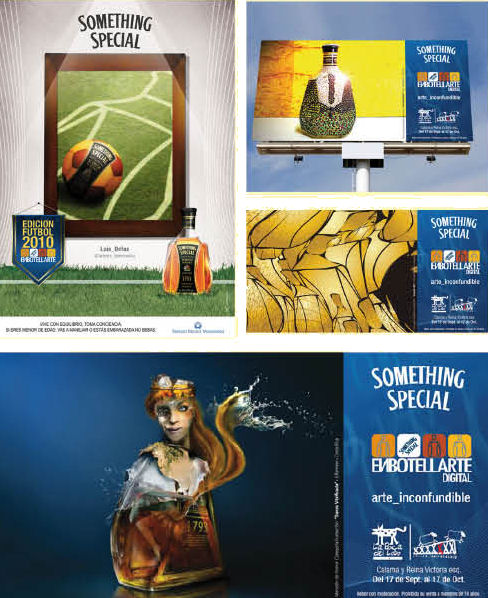 Ecuador invested US$7,000 in advertising billboards and Venezuela spent US$5,000 in press, magazine and cinema advertising alone.

About Something Special
William Hill started a fine wines and spirits business in 1793, amid the wide thoroughfares and Georgian splendour of Edinburgh’s New Town.

Something Special is a blend of the finest grain and malt whiskies aged in specially selected casks: