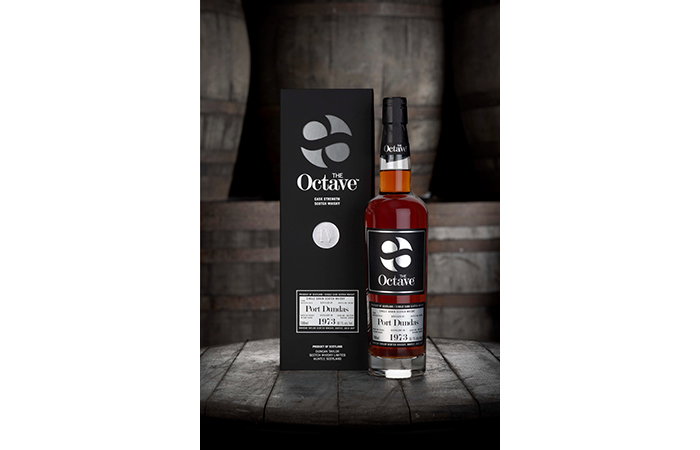 Innovators of maturation in Octave™ casks, Huntly-based Duncan Taylor Scotch Whisky has significantly extended their range, with the launch of eight new premium Octave™ whiskies to the market.

The new releases include a 20-year old Bowmore, a 46-year old Port Dundas and a 26-year old Glen Grant.  These premium Octave™ whiskies have been held in sherry casks to intensify the flavour and add a dimension to their flavour profiles, bringing out the best in each rare dram.

Octave™ casks are approximately 1/8th the size of a butt and each one creates around 80 to 100 bottles.  Duncan Taylor Scotch Whisky, who trademarked The Octave™ name over 15 years ago, have now increased their portfolio to over 45 different Octave™ whiskies and are selling them in 50+ countries.

Chairman Euan Shand created the technique after perfecting it as a young cooper back in the 70s.  Octave™ casks were used as a way of teaching how to make the larger butts for distilleries, but no-one actually ever used them for maturation of whisky.  Shand saw a gap in the market for creating stunning whiskies by giving them a second maturation, that in turn, would add character to the flavour profile.

Shand commented; “It was a rite of passage back in the day, of perfecting your skill to make whisky barrels.  It enhances the process of giving whisky more depth of flavour because the ratio of surface area of wood to volume of liquid is higher.  It is now very successful and as a result we’ve “octivated” every distillery’s whisky in Scotland that is in our warehouse.  We are seeing a major interest in the portfolio across the globe.”

The double maturation of the company’s OCTAVE™ whiskies has seen a huge boost to their export market.  Since launching the range in 2003, Duncan Taylor Scotch Whisky has seen an accelerating increase in demand in the last 12 months.  Proof that even in its 81st year, Duncan Taylor continues to be a pioneer in the global whisky market place.  For more information, head to www.duncantaylor.com.  To purchase, go to www.thespiritsembassy.com