The Glenlivet Unveils Peat-Influenced Expression For The Innovative Nàdurra Range 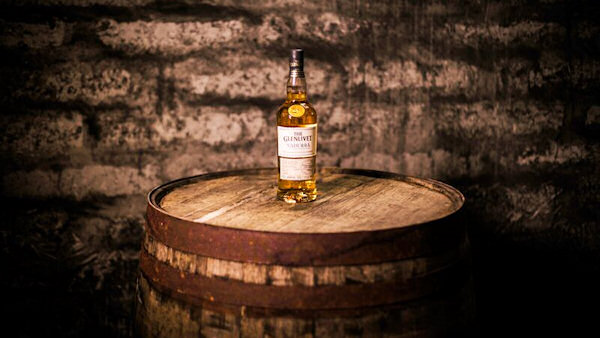 The Glenlivet has launched a third expression for its celebrated Nàdurra range, as it continues to honour the historic traditions of making single malt whisky through new and innovative cask finishes. The Glenlivet Nàdurra Peated Whisky Cask Finish is the first release to have a subtle, smoky taste profile, having been finished in American oak casks that have previously held heavily-peated Scotch whisky.

Bottled at 61.5% ABV cask strength, The Glenlivet Nàdurra Peated Whisky Cask Finish is inspired by the authentic production processes used at The Glenlivet Distillery by its founder, George Smith, who originally used peat smoke to dry the malted barley. Finished in peated casks, the classic, smooth and fruity house style that has made the range so famous has been enriched with gentle, aromatic smoky notes, to offer a brand new The Glenlivet experience to whisky enthusiasts. The expression will also be available in Global Travel Retail at 48% ABV.

Available in nine domestic markets, including USA and France, and Global Travel Retail from October 2015 at US$89 (or local equivalent), the release follows the launch of The Glenlivet Nàdurra Oloroso and The Glenlivet Nàdurra First Fill Selection in 2014. The Glenlivet craftsmen individually nosed each cask to ensure the perfect balance between fruit and smoke in the whisky, which has been bottled in small batches with no chill-filtration to offer the complexity, full body and distinctively creamy texture of a whisky that has just been drawn from the cask.

Alan Winchester, Master Distiller at The Glenlivet, comments: “I’m delighted to present the purest expression of The Glenlivet, which pays homage to the distillery’s legendary past. Nàdurra captures the original passion behind George Smith’s distillery, which inspires us to create new flavour journeys for consumers so his spirit remains alive today. The Glenlivet Nàdurra Peated Whisky Cask Finish demonstrates this beautifully, with its warming mouthfeel, swirls of vanilla cream and subtle traces of tangy smoke, and I hope that whisky enthusiasts now and in the future enjoy this rare taste that echoes of the past.”

Nikki Burgess, Global Brand Director for The Glenlivet, added: “Interest among whisky fans for new, original and well-made single malt Scotch has continued to grow in recent years, and we at The Glenlivet are proud to have set the benchmark for quality and innovation. The Glenlivet Nàdurra range has enjoyed a cult following due to its rich craftsmanship story and commitment to traditional 19th Century production methods, and with releases such as The Glenlivet Nàdurra Peated Whisky Cask Finish we hope to inspire more and more increasingly discerning drinkers to learn about the craftsmanship, provenance and heritage of ‘the single malt that’s started it all’.”

The Glenlivet Nàdurra Peated Whisky Cask Finish is presented in refreshed packaging, first introduced in April 2014, which emphasises the artisanal nature of the range. The design includes a prominent batch number, cask-like stamps and a more visible translation of the Gaelic word, Nàdurra – meaning natural – to illustrate the essence of the brand.