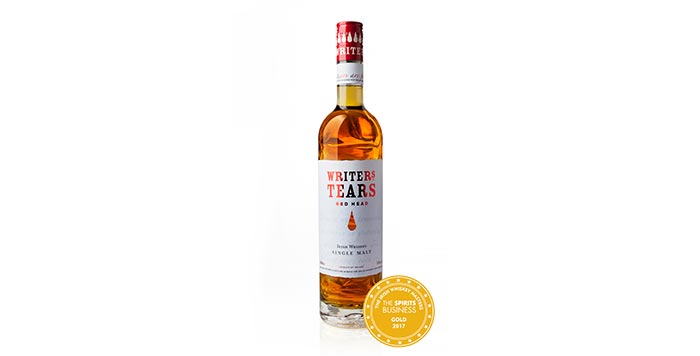 A renowned panel of leading spirits and on-trade specialists conducted an in-depth blind tasting of all entries before awarding Writers’ Tears - Red Head with Gold.

Writers’ Tears Red Head is an exquisite, triple-distilled single malt, matured only in select handpicked Spanish sherry butts which have previously been seasoned with the finest Oloroso sherry. It is the influence of these scarce butts that give this expression of Writers’ Tears its signature rich, ruby hue and hence the moniker – ‘Red Head’. The expression is distilled without chill filtering as nature intended and at a distinctive 46% ABV.

Commenting on the award, Bernard Walsh, Managing Director of Walsh Whiskey Distillery, said: “Writers’ Tears - Red Head showcases the exceptional influence that innovative cask maturation can have on the flavour of our whiskeys. This is a sumptuous single malt with a truly distinctive character and hue. We are delighted that the judging panel of the Irish Whiskey Masters have recognised this superior quality.”