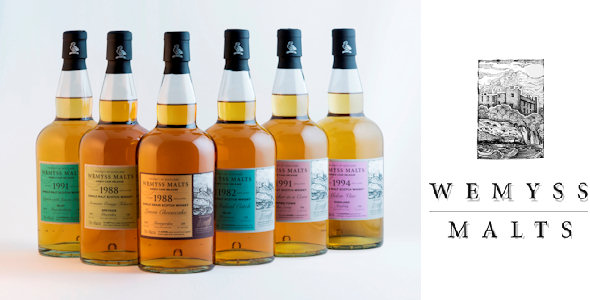 Edinburgh based boutique Spirits Company Wemyss Malts is delighted to announce the release of a new parcel of single cask Scotch whiskies.  The latest release includes a single grain single cask whisky for the first time and the most valuable whisky Wemyss has ever released in a 31 years old single cask from Bowmore distillery.

Each cask is a celebration of the unique and contrasting appeals of the different Scotch whisky regions and the latest release covers grain whisky and four of the regions: from Islay, Highlands, Speyside and Campbeltown.  Wemyss whiskies are each named after their natural taste and aroma and the full cask list of this release comprises: 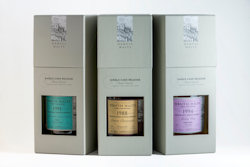 Each cask has been selected and named by the Wemyss tasting panel, under the watchful eye of industry aficionado Charlie Maclean.   There are only a few hundred bottles from each cask and the suggested retail prices range from £80 to £700. These bottlings will be available in selected retailers in the UK, EU and key Asian markets.

William Wemyss, Founder and Managing Director at Wemyss Malts, commented: “We are delighted to continue to offer a range of single casks to include some exceptional rare whiskies.  This latest release includes our first ever single grain single cask and a very old and valuable Bowmore." 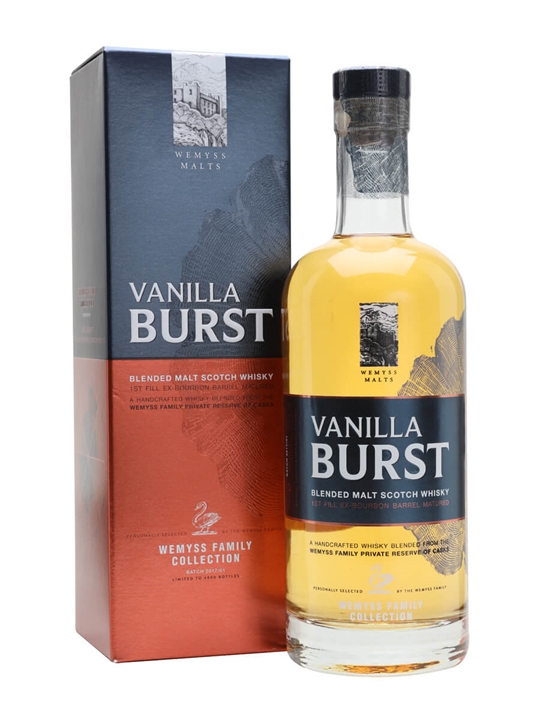