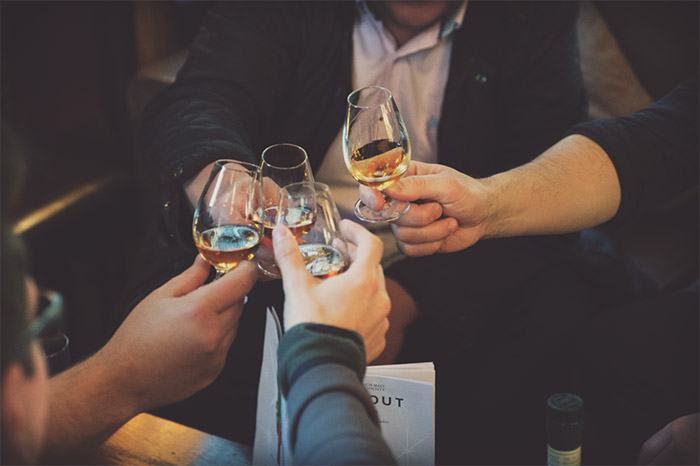 The Scotch Malt Whisky Society (SMWS) is finishing 2018 on a high as its most-awarded year to date.

In a year that has seen the Society celebrate its 35th anniversary, with a number of celebratory events and special bottlings, they’ve received unprecedented recognition of their whiskies and venues.

Alongside the top award, the Society also won the regional Whisky Magazine awards for Independent Bottler of the Year for Campbeltown, Lowland, Grain, Irish and Japanese whiskies as well as the overall award for Bar Group of the Year.

Their Edinburgh venue at 28 Queen Street was also highly commended in the Whisky Bar of the Year category.

As well as a haul of awards, 2018 has seen significant exciting developments including the opening of The Society’s newest venue, at 78 Northcote Road in London.

There was also a series of special events and tastings held throughout the year as part of their 35th anniversary celebrations, including a live online tasting, broadcasting The Vaults across the world.

Commenting on the success of 2018, Kai Ivalo, Spirits Director at The Scotch Malt Whisky Society, said: “We’re delighted to end our 35th year with this level of award recognition, but we’re also looking forward to an even more successful 2019 with an exciting events programme for our members.

“Alongside the quality of our single cask single malts and unique blends, we will be offering our members opportunities to share discoveries with their fellow like-minded community, and new ways to connect with each other.”

Only members of the SMWS can access its exclusive supply of award-winning single casks, drawn straight from the barrel and bottled at natural strength (undiluted) – producing a wide variety of intriguing flavours and characters. Being a member means becoming part of an open-minded, curious and adventurous group of whisky lovers who delight in discovery and exploration.

Annual membership starts at £65, with renewal at £61.50, but the SMWS offers a range of options for new members up to and including its Pioneer Welcome Pack at £130.
SMWS membership brings like-minded individuals from all around the world together, with access to an ever-changing collection of single cask whiskies, exclusive tastings, venues and partner bars as well as shared whisky wisdom through their knowledgeable staff and Unfiltered member magazine. 2019 also brings an exciting schedule of unique events for members to participate in.