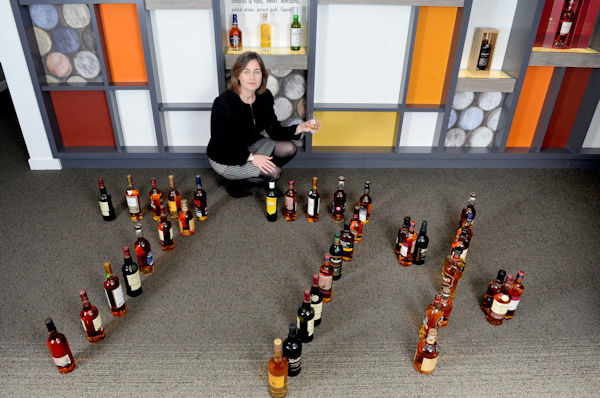 The Scotch Whisky Association (SWA) today (25 January) calls for a 2% spirits excise duty cut to boost an industry that creates £5 billion annually for the economy, supports more than 40,000 jobs and is the largest net contributor to the UK's balance of trade in goods, according to new research.

As millions around the globe prepare to raise a dram to celebrate Burns' Night, research published today - 'The Economic Impact of Scotch Whisky Production in the UK' - reveals that without Scotland's national drink the UK's trade deficit in goods of £115 billion would be 3% larger. The SWA says that the Government's support of the industry in recent years has led to a boost in revenue for the Treasury and supported a wave of new distillery openings – 14 in the past three years.

But tax remains too high at 77% of the price of an average bottle of Scotch and the SWA is calling for fairer treatment.*Today's research explains that exports of Scotch Whisky are worth around £4 billion each year, while imports in the supply chain, such as packaging for products and casks for maturing spirit, total only £200 million. The Scotch industry's trade balance is therefore £3.7bn.

The SWA says the research reinforces Scotch Whisky's position as a strategically important industry for the UK in terms of value it adds to the economy, jobs supported, investment and export performance, and should be supported by government. The publication of the research on Burns' Night – the anniversary of the Bard's birthday - comes as the SWA calls on the UK Government to 'Stand up for Scotch' in the Budget on 8 March to encourage further investment and job creation.

The onerous 77% tax on an average priced bottle of Scotch exists despite a freeze in excise in last year's Budget, a 2% cut the previous year and the scrapping of the alcohol duty escalator – which annually increased excise by inflation plus 2% - in 2014. The SWA wants the UK Government to 'pursue a 'Fair Tax for Whisky'.

As well as boosting the Scotch Whisky industry, the government's changes to excise in the last few years have benefited the public purse. In the 12 months to the end of October this year, the Treasury secured around an additional £100m from spirits duty – including the tax consumers pay on a bottle of Scotch Whisky**. But the industry says it still deserves fairer tax treatment.

'The Economic Impact of Scotch Whisky Production in the UK' outlines the true contribution of Scotch Whisky to the economy and shows why the industry deserves recognition from government. Findings from the research include:

But the SWA says the uncertainty created by Brexit means that the industry needs more reassurance that it will receive fair treatment from government.

Julie Hesketh-Laird, Scotch Whisky Association acting chief executive, said: “Scotch Whisky is one of the UK's most strategically important industries. Without valuable Scotch exports of around £4 billion a year, the UK's trade deficit in goods would be 3% larger. And our research published today emphasises the value of the industry which adds £5bn to the economy annually and supports more than 40,000 jobs. Burns' Night is the perfect time to raise a dram to the success of Scotch.

“But we are calling on the government to 'Stand up for Scotch' by addressing the high and unfair level of taxation distillers face in their home market. The current tax of 77% on an average priced bottle of Scotch is a burden on consumers and the industry. And the Government's own figures indicate that fairer tax treatment leads to increased revenue for the public purse. We are calling on the UK Government to cut excise by 2% in next month's Budget, supporting a great Scottish and British industry at a time of uncertainty, giving us a stronger domestic platform from which to invest and grow to make a success of Brexit.”