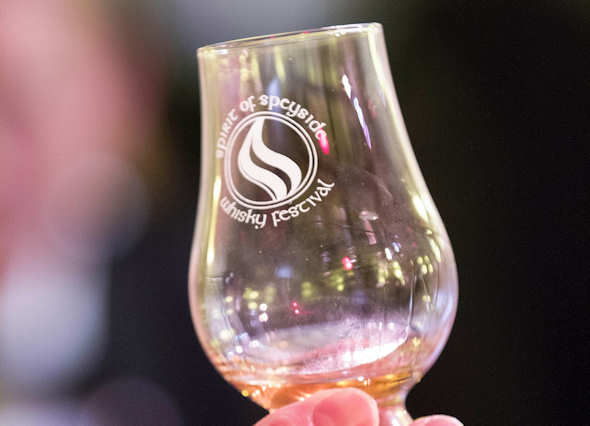 A mouthwatering competition has been set up in the Spirit of Speyside Whisky Festival Whisky Awards, with eight of the region’s finest malts set to battle it out for honours in the eagerly anticipated annual contest.

A judging panel comprising industry leaders, acclaimed writers and specialist retailers whittled down 46 entries at a blind tasting event at the Knockomie Hotel in Forres this week before finally settling on their finalists in four categories.

And now that the experts have shortlisted the final drams, the power of determining the overall winners will be handed over to visitors to the Spirit of Speyside Whisky Festival. A series of roving judging sessions at which festival-goers will get to blind taste all of the shortlisted entries is being staged during the Festival, which takes place from May 1 to 5.

The awards are sponsored by coppersmiths Forsyths of Rothes – the company responsible for building many of the pot stills in which the shortlisted single malts were distilled.

James Campbell, chairman of the Spirit of Speyside Whisky Festival

James Campbell, chairman of the Spirit of Speyside Whisky Festival, says, “In some ways it must be a dream job for our expert panel to spend a day nosing and judging such high quality Scotch malt whiskies, but on the other hand they face an immensely difficult challenge. The whisky produced on Speyside is among the best in the world – deciding which entries are worthy of making the final is an almost impossible task.”

Whisky writer Penny Ellis, a director of the Festival who also organises the awards, adds, “This is the only whisky awards in the world where the power to decide the overall winners is handed over to members of the public. However, the Festival is all about people: the people with the passion that drives production of our malt whisky, and the people who are passionate supporters of our national drink.

“The roving judging sessions are a great opportunity for our visitors to also take the blind taste test, and for them to sample some of the best whiskies that Speyside has to offer. Visitors may have their own favourite malt, but tasting it blind means that they cannot be influenced by presentation or brand loyalty – all they have to go on is smell and taste.”

The roving judging sessions take place at Ugie House Hotel, Keith on April 25; Glenfiddich Distillery, Dufftown on April 30; The Drouthy Cobbler, Elgin on May 1; Aberlour Hotel, Aberlour, Richmond Memorial Hall, Tomintoul and Macdonald Aviemore Highland Resort on May 2; Stuart Arms, Dufftown and Rothes Social Club on May 3; and Forsyths Coppersmiths, Rothes on May 4.

The final judging session and awards prize-giving will take place – along with a ceilidh – at Glen Grant Distillery in Rothes on May 4.

The Spirit of Speyside Whisky Festival, which is now in its 15th year, takes place at venues across the region, which is widely regarded as the spiritual home of the Scotch whisky industry. A signature event for Homecoming 2014, it will start Whisky Month – a four week national celebration of Scotland’s world class food and drink.

Tickets for all events in the 2014 Spirit of Speyside Whisky Festival programme, including the roving judging sessions, can be bought via the website – www.spiritofspeyside.com The Festival is also active on social media – facebook.com/WhiskyFestival and @spirt_speyside on Twitter.

Read about The Spirit of Speyside Whisky Festival 2013