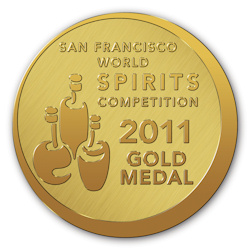 Speaking about the company’s success, CEO and Chairman of Irish Distillers Pernod Ricard, Alex Ricard says: “To achieve five top awards at this prestigious competition is a huge honour and testament to the skill and dedication of our master distillers at the Midleton Distillery. As owners of Jameson, the world’s leading Irish whiskey, we are continuing to invest in this fast-growing category and these awards will only help to build further consumer advocacy around the world."

A record number of entries were submitted to the 11th annual SFWSC with 1106 products from 61 countries. Entries were evaluated by a panel of 33 industry heavyweight judges including experts from noted restaurants, well-known spirits journalists, spirits buyers, and spirits consultants. Judging was based on a blind, consensual procedure ensuring competitive integrity, making the competition one of the most reputable and recognised competition in the spirits industry.