One of the rarest Loch Lomond Whiskies single malts to be released, just 55 bottles of this limited edition have been produced.

Inspired by the iconic national park where the distillery is located, Loch Lomond 54 Year Old is presented in a striking hand-made Glencairn Crystal 30% lead crystal decanter, a unique and premium version of the distiller's recently refreshed bottle design.

Loch Lomond 54 Year Old is housed in a multi-layered oak box, hand-crafted to represent the contours of the area around the single malt's namesake loch.

The tactility of place is highlighted through the exterior packaging design, providing context and a sense of scale to this diverse geological area.

Distilled in 1967, just one year after the distillery's iconic straight neck stills began production in 1966, Loch Lomond 54 Year Old has been expertly crafted from unpeated malted barley and collected at high strength.

As the only distillery in Scotland to use straight-neck pot stills, Loch Lomond Whiskies is truly unique in its craftsmanship, using innovative techniques to explore flavour in a distinctive way.

These stills are important as they provide Loch Lomond Whiskies with the creative freedom to explore flavour, allowing the character of the whisky to be carefully shaped at the point of distillation, creating a lighter spirit with a distinctive fruit flavour.

The oldest single malt to have been released by the distillery to date, Loch Lomond 54 Year Old was originally matured in a refill American Oak hogshead before being recasked into a refill European oak sherry hogshead in 1994.

The gentle maturation over 54 years has created a whisky of refined richness and exceptional character that embodies the elegance and quality of the Loch Lomond Whiskies distillation process.

Notes of crème caramel, fresh vanilla pods, melted brown sugar and toasted oak, orange peel and marmalade on the nose, give way to vibrant fruit, tart pineapple and lemon citrus with a honey and dried fruit sweetness on the palate, creating a smooth, silk-like mouthfeel. The finish is sublime and complements the flavour, with long, mouth-watering green fruit and floral notes, kiwi and elderflower followed by waves of warming oak spice, aniseed and cinnamon.

Non-chill-filtered and natural in colour just as nature intended, Loch Lomond 54-Year-Old has been nurtured by each Master Blender over the decades and passed into the careful custodianship of Michael Henry.

"We are honoured to take our name from the most famous of all Scotland's lochs. Loch Lomond is a very special part of the world, spectacularly marking the boundary between the lowlands and the highlands of Scotland.

"From the wild peaks of the magnificent Ben Lomond to the rocky coastline and sprawling glens close to the distillery, the location epitomises everything that Scotland stands for and has inspired many poets, writers, musicians, and artists for generations. Today, its beauty has been the guiding influence of our whisky and is reflected on the beautiful presentation box in which it is housed.

"It is a real privilege to work with a whisky so rare. Our 54 Year Old single malt whisky had been maturing for more than 40 years before I joined as Master Blender in 2007.

"It takes a very special cask of whisky to make it to 54 years old, and the expectations are high when working with liquid as special and scarce as this. It was a huge undertaking and came with great responsibility. Selecting and perfecting this single malt was a true honour, and we're proud to announce its release – ready to be enjoyed as a rare piece of distilling history.

Although steeped in tradition, innovation sits at the very heart of our approach to whisky making. We believe this is the best way to create great whisky of unwavering quality."

Loch Lomond 54 Year Old is bottled at 41.1% ABV and has a RRSP of £24,000 and is available globally. Production has been limited to 55 bottles, making it one of the rarest high age statement whiskies to be released by Loch Lomond Whiskies.

Loch Lomond Distillery can trace its roots back to the Littlemill distillery, which was established in 1772 and is the oldest licensed distillery in the world. Its current malt and grain distilleries, in Alexandria, Dunbartonshire, close to the banks of Loch Lomond, were commissioned in 1964 with first distillation in 1966. 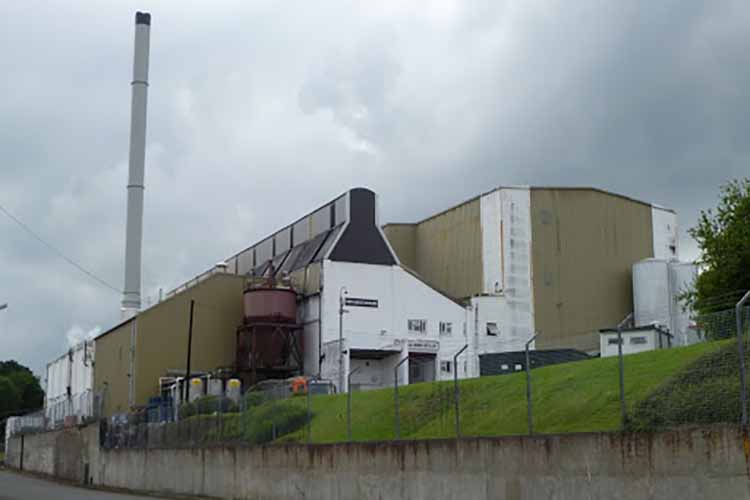