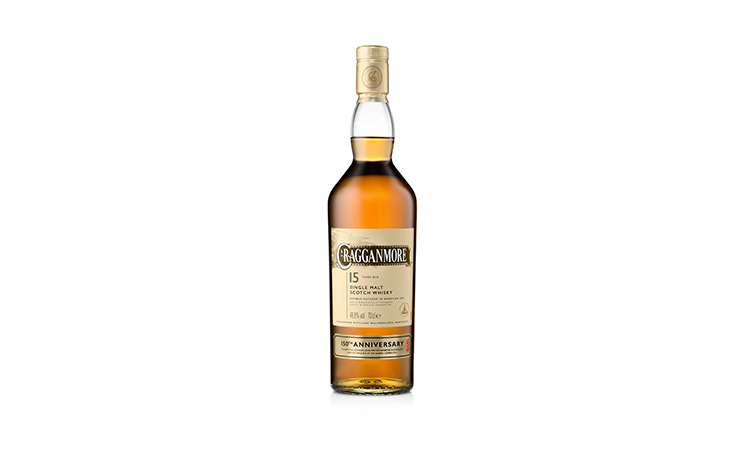 Cragganmore Distillery has released a limited-edition anniversary Single Malt Scotch whisky, available to purchase exclusively from the Speyside distillery. Double matured in heavily charred American oak hogsheads casks, this highly prized release has been specially selected by the expert team at the distillery as a unique celebration of the Cragganmore history.

The perfect piece of distillery history, each bottle will be available to those who make the pilgrimage to the distillery to experience it first-hand, taking in the liquid's high approaches and hidden valleys of flavour.

Home to one of the most complex and characterful malt whiskies of the Speyside region, Cragganmore distillery is nestled on the banks of the legendary Salmon river at Baillindalloch, using the unique source of fresh spring water in each bottle's production. Originally located for connection to the Great Highland Railway Line, Cragganmore, meaning 'Great Rock' in Gaelic, takes its name from the mountain in whose shadow it sits.

The limited edition Distillery only bottling of Cragganmore is a single malt scotch whisky, designed to showcase the depth of character influenced by its flat-topped stills. Skilfully created to deliver a delightful balance of distillery character and cask influence, the 15-year-old bottling has a palate of strong malty flavours, which is accompanied by an aromatic wisp of smoke. The finish is long and oaky with warmer hints vanilla and fruity sweetness.

Andrew Millsopp, the distillery manager at Cragganmore adds: “We are incredibly proud to celebrate the 150th Anniversary of the distillery this year with a unique bottling hand-chosen by our distillery experts. We wanted to create an extra special piece of whisky history, bringing a taste of the bredth of our years to those who have been with us on this journey since 1869. Using double maturation to deliver another unique layer of flavour, this new bottling celebrates our iconic distillery as well as 'Malt Whisky Country' Speyside, which we have called our home for the last 150 years.”

Bottles are available now at RSP £150 from Cragganmore distillery.

Other important facts about Cragganmore bottling

<< Read more about the Cragganmore Distillery