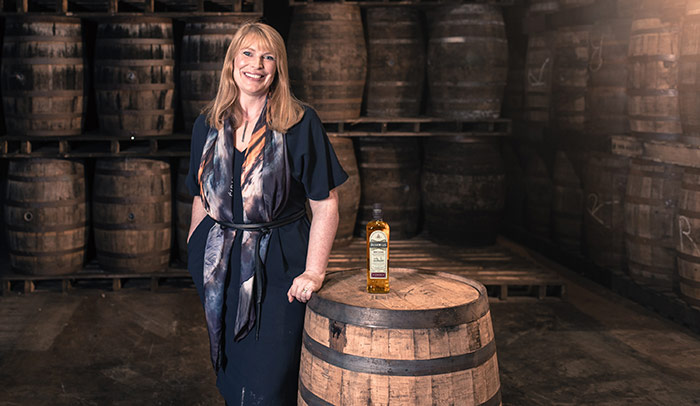 The recognition is the highest honour awarded by Whisky Magazine, the world’s leading publication about whiskey, and is selected by an independent editorial panel.

Known for her passion for innovation, Helen has overseen a number of new product launches during her time at The Distillery, including The Steamship Collection™, the brand’s first global travel retail exclusive range, and the new BUSHMILLS DISTILLERY EXCLUSIVE, a limited edition single malt whiskey aged in acacia wood.

Speaking about the honour, Helen said: “I am delighted to be inducted into the Whisky Magazine Hall of Fame and I’m honoured to be among so many titans in our industry. I have truly enjoyed my 25 years at The Old Bushmills Distillery, and I look forward to many more. I often say I have one of the best jobs in the world and it is an honour to see my work recognised in this way.

“Since I started at The Distillery, my passion has been to develop new whiskeys and experiment with different casks and flavours. There’s nothing better than introducing a new Irish whiskey to the market as it’s such an exciting time for the Irish whiskey category. Demand continues to soar, especially for premium malts, so we will continue to innovate and create new expressions for whiskey drinkers around the world.”

The award was presented to Helen at the 2019 Whisky Magazine Awards Ireland at a ceremony in Dublin on 22nd November.

Rob Allanson, Editor, Whisky Magazine added: “We were delighted to welcome Helen Mulholland into the Whisky Magazine Hall of Fame this year. She was selected because of her outstanding contributions to not just her brand but also the wider Irish whiskey category. It takes years of experience and serious skills to produce consistent, high-quality whiskeys week in and week out like Helen does. She embodies the commitment and talent required to produce fine Irish whiskey and joins a group of exceptional whiskey creators in the Whisky Magazine Hall of Fame.”