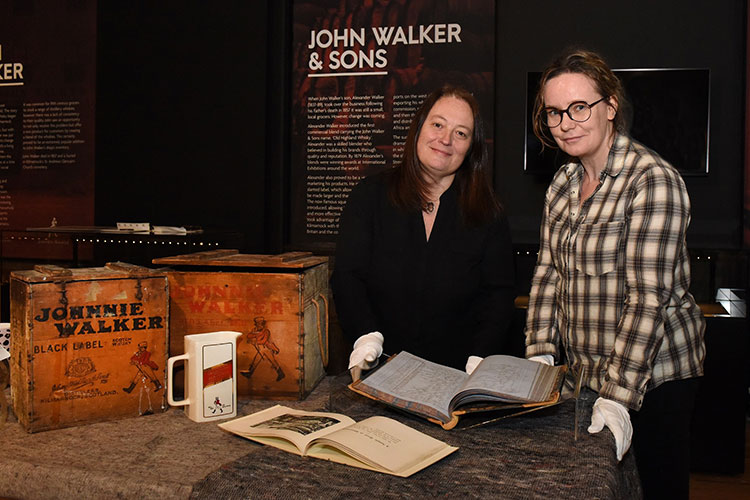 Treasured historical artefacts from the roots of the world’s number one Scotch whisky, Johnnie Walker, are to go on public display for the first time in Kilmarnock - the town where the story began 200 years ago.

It was in Kilmarnock in 1820 that young John Walker set out in business with the opening of a grocery store. And now, two centuries later, the rarest items from those humble beginnings will be put on display for the public to visit and view.

The John Walker exhibition is a partnership between the Dick Institute in Kilmarnock – Ayrshire’s most prestigious museum space - and the Johnnie Walker Archive – the world’s most extensive alcohol brand history collection.

Key items, never before available for public display, will include: 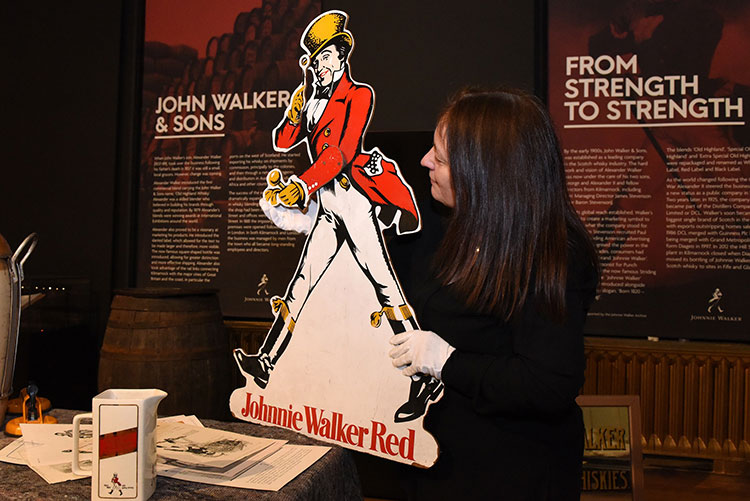 Also included in the exhibition is a rare original copy of a book by renowned Victorian whisky writer Alfred Barnard who visited the Walker’s premises in Kilmarnock in 1893, and the first international medals awarded to Walker’s whiskies, from the Sydney International Exhibition in 1879, Adelaide in 1887 and Melbourne in 1888.

Through these items the Johnnie Walker display will tell the inspiring story of the business and brand as it grew from a small grocery store, to one of the world’s first truly global brands – being sold in 120 countries around the world by its first centenary in 1920. It will reveal the Walker family entrepreneurial spirit as they pioneered global trade, their remarkable talent for innovation with the iconic square bottle and slanted label, and how they led the world in advertising when the Striding Man became one of the world’s first “logos” in 1908.

Fittingly, the Johnnie Walker Exhibition will sit alongside the Dick Institute’s Robert Burn display, home to an original Kilmarnock Edition – the first book of Burns poetry published in 1786. Now, the arguably two most famous Scottish names around the globe will have their unique Kilmarnock stories told side-by-side for the first time.

Sir Alexander Walker II, the grandson of John Walker, who was involved in running the Johnnie Walker business in the early 20th Century, gifted a significant collection of art work to the Dick Institute, with these works remaining on display to this day.

Councillor Elena Whitham, Depute Leader of East Ayrshire Council and Chair of East Ayrshire Leisure said: “We are delighted to be hosting this display as part of the celebrations to mark 200 years since John Walker started his business in Kilmarnock. We have always recognised him as a son of Kilmarnock and it’s entirely appropriate that these incredible artefacts will be on display in his home town.

“He was an outstanding entrepreneur, born and bred in Kilmarnock. He set up his first shop near Kilmarnock Cross and laid the foundations for a whisky that has reached every part of the globe. Kilmarnock is the home of the most famous whisky in the world and we are proud of what Johnnie Walker means to the heritage of East Ayrshire and indeed Scotland as a whole.”

Christine McCafferty, Chief Archivist at the Johnnie Walker Archive, said: “These items really are the crown jewels of our collection. They are remarkable historical documents that give us a fascinating insight into the roots of Johnnie Walker.

“I’m delighted that to celebrate the 200th anniversary of John Walker starting out in his business we are able to put these items on display to the public in the town where the story began.”

The Johnnie Walker display will be a permanent feature in the Dick Institute, with different artefacts from the Johnnie Walker Archive being rotated on a regular basis. The current loan items will be on display until October 2020.