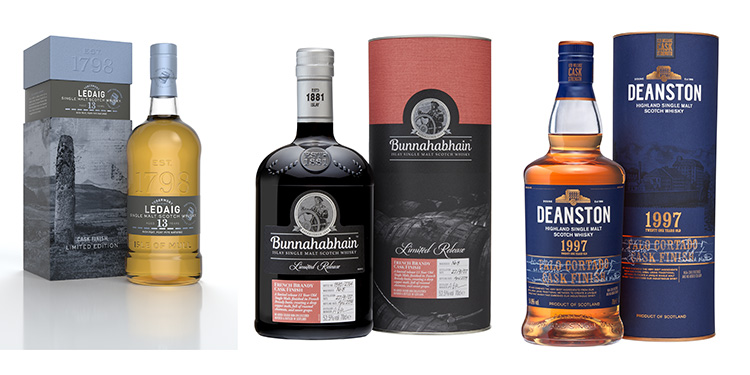 Just three of the new malts releases by Distill

A bespoke whisky tasting featuring special releases from Bunnahabhain, Tobermory and Deanston has been captured on film to showcase eight malts to be launched as part of this year’s limited-edition range.

An informal, relaxed and in-depth discussion took place between the Distell team and whisky experts who experienced the malts for the first time live on camera. The tasting video brings each new malt to life, showcasing the spectrum of taste profiles and Distell’s high-quality whisky making.

Featured in the film are the latest limited releases to join the portfolio, these include:

Photo below is of the tasting pack received a couple weeks ago with a preview of all the new releases. All the malts for superb, but my personal favourite with the Bunnahabhain (2007) French Brandy Finish. 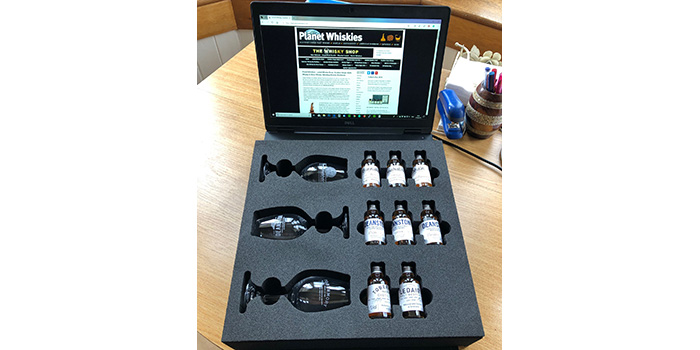 “We constantly look at our approach to see how we can stand out internationally and take a bold stance to showcase our malts. It therefore seemed an obvious choice to embrace the digital world and share our new limited release collection through film and social media.

“The team surprise us every year with the creation of new and exciting expressions with each distillery having a distinct flavour profile and the team continuing to achieve incredible results with their choice of finishing casks.

“One of my particular favourites this year has to be the Bunnahabhain Vintage Marsala Finish, it has sweet hints of chocolate and caramel that develop into a lingering smoky pepperiness, which is extremely memorable, especially if you can enjoy it on Islay at Bunnahabhain Bay overlooking Bunnahabhain Bay, the Sound of Islay.”