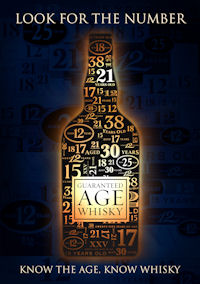 28.06.10 - The world’s leading producer of luxury Scotch whisky, Chivas Brothers, is today launching a global campaign to advocate the importance and value of age statements to consumers.

According to new research commissioned by Chivas Brothers, 94% of consumers believe the age statement serves as an indicator of quality, 93% believe that older whiskies are better quality and 89% actively look for an age statement when making a decision to purchase.

Chivas Brothers, Distiller of the Year 2009, is responding with a campaign called The Age Matters, which will manifest itself through stand-alone activity as well as through integration across the company’s aged whisky portfolio, which includes Ballantine’s, Chivas Regal, The Glenlivet and Royal Salute brands.

The aim of the campaign is to enable consumers to understand fully the age statement and to appreciate the value of the premium product they are purchasing.

One of the greatest influences on the flavour of whisky comes from maturation. Much of the complexity of Scotch whisky comes mainly from its time in oak casks in Scotland; with outstanding spirit and excellent wood management, it follows that the longer the maturation period, the more complex the whisky.

From 1 July 2010, consumers will be encouraged to look for age statements on Scotch whisky, via point-of-sale materials, advertising and public relations. A logo using the language Guaranteed Age Whisky has been created for use in retail, and will be visible in the environment of Chivas Brothers brands that carry an age statement. 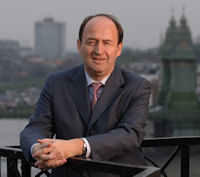 Christian Porta, Chairman and CEO of Chivas Brothers Limited, said: “The revelation that so many existing whisky drinkers do not understand that the age statement refers to the youngest age of the whisky shows that there is an opportunity for us to inform them.

“In an age when consumers of luxury goods increasingly demand transparency and authenticity from brands, it is vital that we empower consumers with knowledge, so that they fully understand the value of what they are buying.”