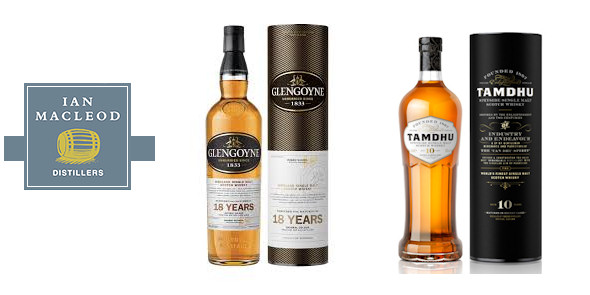 Held at the distinguished Hotel Nikko in San Francisco, the 2014 San Francisco World Spirits Competition was the largest in its 14-year history with Glengoyne and Tamdhu fighting off stiff competition from 1,474 entries. Spirit entries were evaluated by 39 of the finest palates from the industry including spirits experts from noted restaurants and hotels, well-known spirits journalists from major national media, spirits buyers for large purveyors, and spirits consultants.

Commenting on the awards, Neil Boyd, Commercial Director of Malts for Ian Macleod Distillers, said: “ We are delighted with the success of both Glengoyne and Tamdhu at this year’s San Francisco Spirits World Competition. It is extremely gratifying to receive independent recognition for something that we already knew – that Tamdhu and Glengoyne are both excellent whiskies

Ian Macleod Distillers is one of Scotland’s leading, independent family owned distillers. The company acquired the Glengoyne brand in 2003 and Tamdhu in 2011.