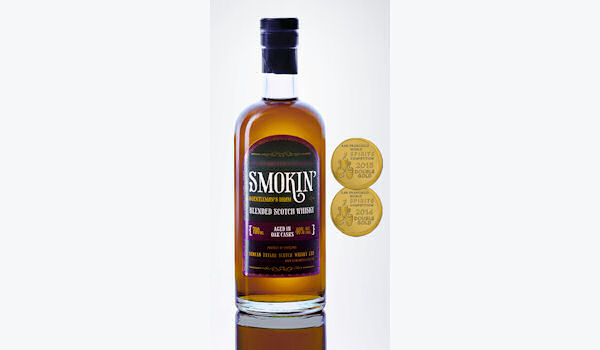 Duncan Taylor adds to its ever growing reputation as a leading Independent whisky company  by scooping a number of awards at this year’s San Francisco World Spirits Competition.

The judges this year were wowed by Duncan Taylor’s Indian Summer gin and Smokin’, which were awarded highly; and Black Bull and Scottish Glory, which took home very respectable awards.

Smokin’ continues to be recognized for its quality after being awarded the ‘Best Blended Scotch – Up to 15 Yrs’ and taking home a ‘Double Gold’ for the second year running.

Indian Summer collected the ‘Best Flavoured Gin’ award, and a ‘Double Gold’ award, with the brand gaining more recognition for its interesting flavour profile since its launch last year.

Also awarded, was Black Bull, with the 21 Year Old receiving a ‘Silver’ medal and Kyloe winning a ‘Bronze’ medal; and Scottish Glory, which was awarded a ‘Bronze’ medal.

Euan Shand, Chairman and Owner of Duncan Taylor Scotch Whisky had this to say on the awards win: “I am so pleased for our brands to be recognized in such a manner. For Smokin’ to take home a ‘Double Gold’ for the second year running is truly brilliant and shows that we are consistently keeping the quality of our products high. This is the first year we have entered Indian Summer and for it to be awarded ‘Best Flavoured Gin’ and a ‘Double Gold’ award is just exceptional.”

Euan continued: “Last year was an exceptionally busy year – with us moving into our new bottling plant and expanding our cask warehouse – and with us now settled, we can continue to follow our vision of become the leading Independent blending and bottling whisky company in the world”

All of these award-winning brands are available in markets worldwide.

More details can be found on the Duncan Taylor website :: www.duncantaylor.com