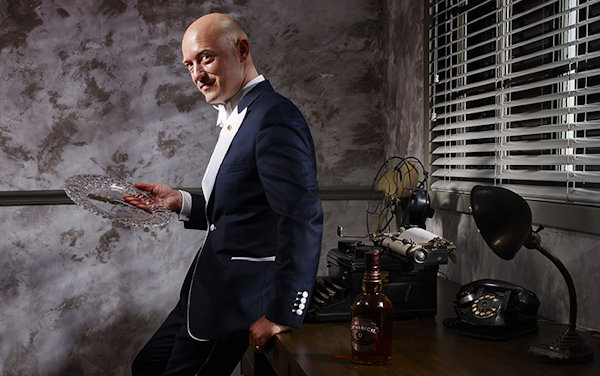 Max Warner, Global Brand Ambassador for Chivas Regal, the world’s first luxury whisky, has been named the Best International Brand Ambassador at the 10th annual Spirited Awards, held at Tales of the Cocktail. The award is an industry badge of honour, recognised as one of the most prestigious prizes in the spirits world, judged by some of the cocktail industry’s most respected figureheads

The Best International Brand Ambassador accolade is testament to Warner’s continued dedication to creating innovative new ways for Chivas Regal to be experienced and enjoyed globally, having represented the brand across the world for 12 years through initiatives such as the Chivas Masters cocktail competition. With the 2016 Global Final being held last month in Shanghai, Warner was instrumental in making this year’s event the biggest and most impactful yet for Chivas Regal. His personal contribution ranged from careful selection of industry recognised judges, the creative evolution of the Chivas Masters platform – which now brings together finalists from different cultures and countries to ‘win the right way’ as a team – and working closely with the team in Pernod Ricard China to curate and host the finalists to ensure that it was a truly exceptional occasion for all.

Max Warner comments on the award: “Winning the title of Best International Brand Ambassador at the Spirited Awards is a huge honour for me and will definitely go down as one of my career highlights. The Tales of the Cocktail festival holds a very special place in my heart; I have visited every year for the past 7 years with Chivas Regal with the aim to increase the voice of this exceptional Scotch to the industry, which always proves to be one of the best moments in the year. The Scotch whisky category needs to be recognised more and I am so proud to be able to stand tall on the International stage in the country which Chivas Regal was launched being acknowledged amongst such a talented pool of ambassadors alongside so many industry icons, an occasion I will never forget.”